Metabolic programming is the adaption to nutritional insults during early development which may permanently alter physiology or metabolism of the offspring, even if these stimuli are not present any more.

The endothelium is particularly exposed to metabolic changes and an increased risk for cardiovascular diseases in the offspring is among the consequences of metabolic programming due to excessive as well as restricted maternal nutrient intake. I am interested in whether and how maternal metabolic disturbances affect endothelial function of the feto-placental vasculature in long term. Isolated primary feto-placental endothelial cells after normal pregnancy and pregnancy complicated by maternal gestational diabetes, cultured under similar, non-diabetic culture conditions are a models to identify permanent changes induced by diabetes that remain conserved. Such permanent changes include differences in DNA methylation which alter gene and protein expression, and in endothelial cell function. 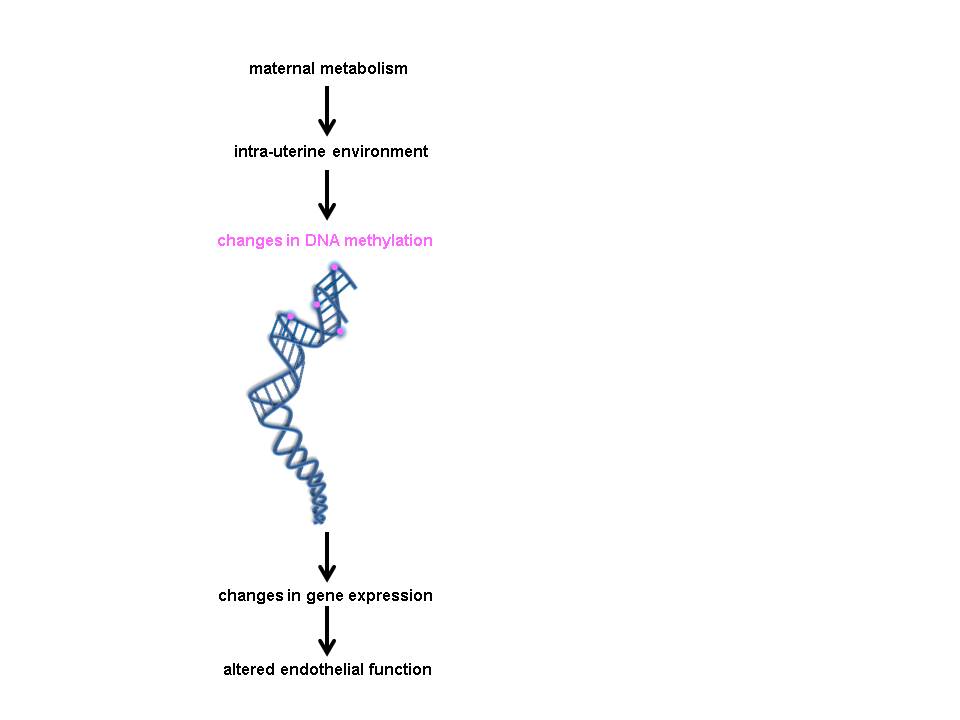