Roles of HMOs in Metabolic Derangements

Altered metabolic status such as overweight and obesity, gestational diabetes, hypertension, or hyperlipidemia in pregnancy might influence composition and concentration of HMOs in the maternal and/or feto-placental circulation with unknown consequences.

Indeed, we have some indication that maternal and fetal HMOs are modulated in maternal obesity or GDM. We now seek to unravel the underlying mechanisms and specific roles of altered prenatal HMOs in obesity and GDM with specific emphasis on the feto-placental endothelial function. This will pave the way for investigating HMOs as potential biomarkers or targets for therapeutics in gestational metabolic derangements.

We found that Human Milk Oligosaccharides (HMO) are altered in GDM cord blood and that HMOs increase network formation in feto-placental endothelial cells (fpEC). We hypothesize that GDM mediated changes in HMO concentration/composition lead to altered feto-placental angiogenesis. Gestational diabetes (GDM) not only causes pre- and perinatal morbidity and mortality, but also primes the offspring for later metabolic diseases. Placental hypervascularization is a hallmark of GDM, rendering the feto-placental endothelium a target tissue for diabetic insults. We thus will (1) assess the effects of HMOs on network formation in fpEC, (2) compare the concentration/composition of HMOs in GDM vs. normal cord blood using a HPLC-based method, and (3) test the effect of cord blood derived HMO from GDM vs. normal pregnancies on network formation in fpEC. Our goal is to help understand the role of prenatal HMO in regulation of feto-placental angiogenesis in healthy pregnancies and in GDM. 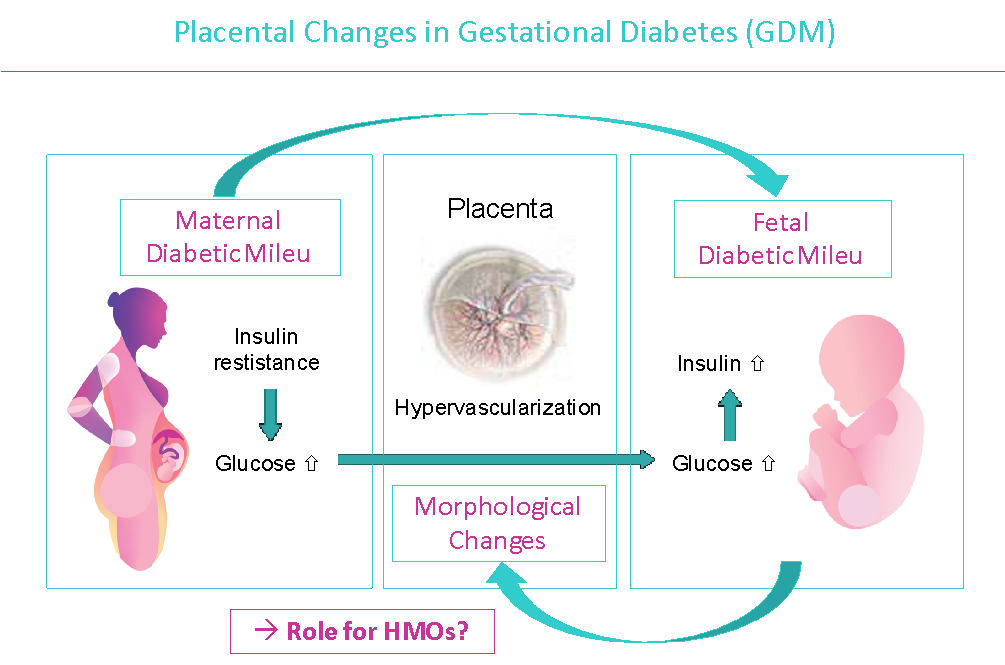 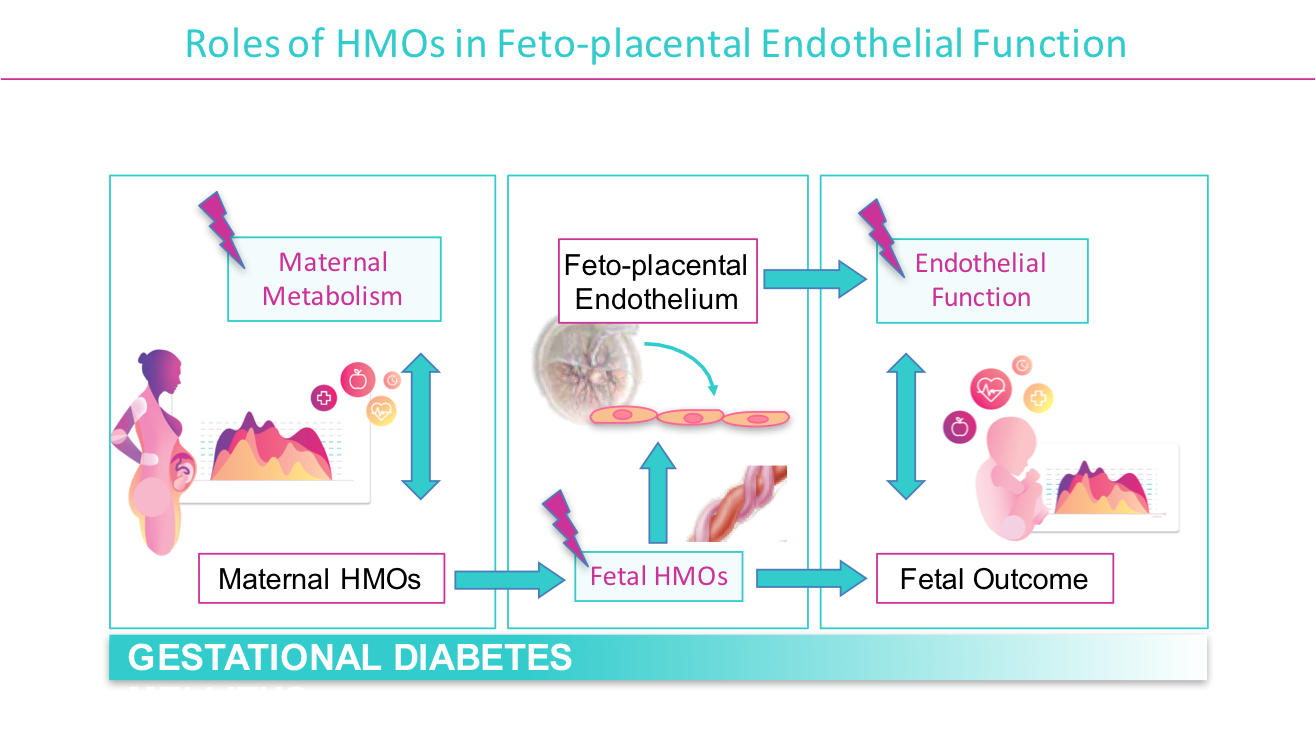